On the same day he did lay the foundation stone to commence the construction work. Phase one of the school was constructed at a cost of Ksh. 7 million by Danny Construction Company. The Primary Division of the Academy opened with standard one pupils on 11th February 1980. This was followed by the admission of Form ones on 18th February 1980 and that of Form five on 6th May 1980.

This was to be a Centre of Excellence for the children of the Armed Forces. The school begun as a mixed boarding secondary school and day primary division. It stands on 56 Hectares of land donated by the Kenya Air Force, Moi Air Base. In 1989, the Academy phased out the three streams of Form 5 and 6 with the full implementation of the 8.4.4 system of education. In 1990, the secondary division became wholly boys with the transfer of girls to Moi Forces Academy – Lanet. The secondary division is now six streams in Form 2 – 4 and 7 streams in Form 1. The secondary division currently has two dormitory blocks, each with three houses named after the Military Barracks; Moi, Eldoret, Lanet, Nanyuki, Mombasa and Langata and each house has three wings. The secondary division has twenty nine (29) classrooms, six (6) Laboratories, two (2) Workshops, a Home Science block, ICT Laboratory and Library. The school kitchen and dining hall serves the entire Academy. 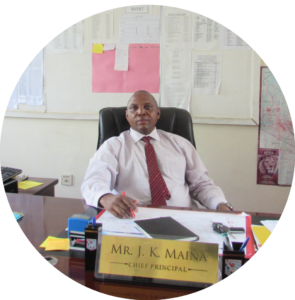